Checked out of the hotel and did some last minute shopping. Going off the grid for lunch. Meeting Emma at Hanoi Taco Bar.

Tacos in Vietnam, it turns out, may have been a bad idea. Experiencing a touch of tourista. Enough said about that.

It was really tough for me to say fair well to Emma. She is truly a remarkable young woman. She seems happy here in Hanoi and appears to have good friends and enjoys the work she is doing. This may not be the life I would choose for myself but I am going on 72 and am from another era. I often say that we raised our children to be capable and independent. Easy to say but the internalizing the reality puts a knot in my stomach worse than the Hanoi taco I ate. 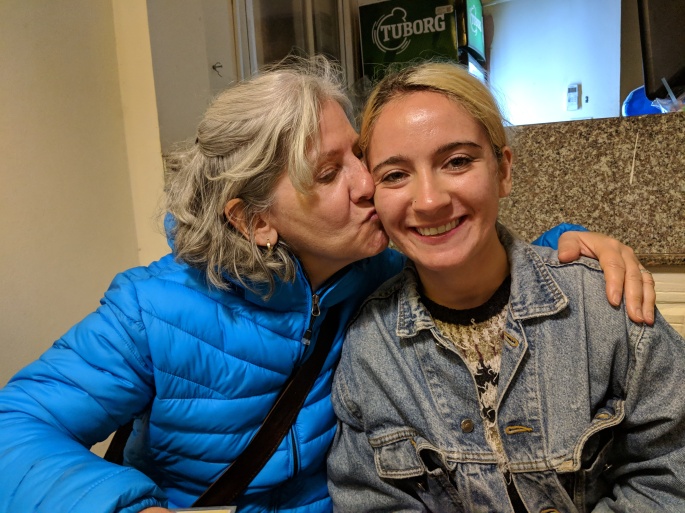 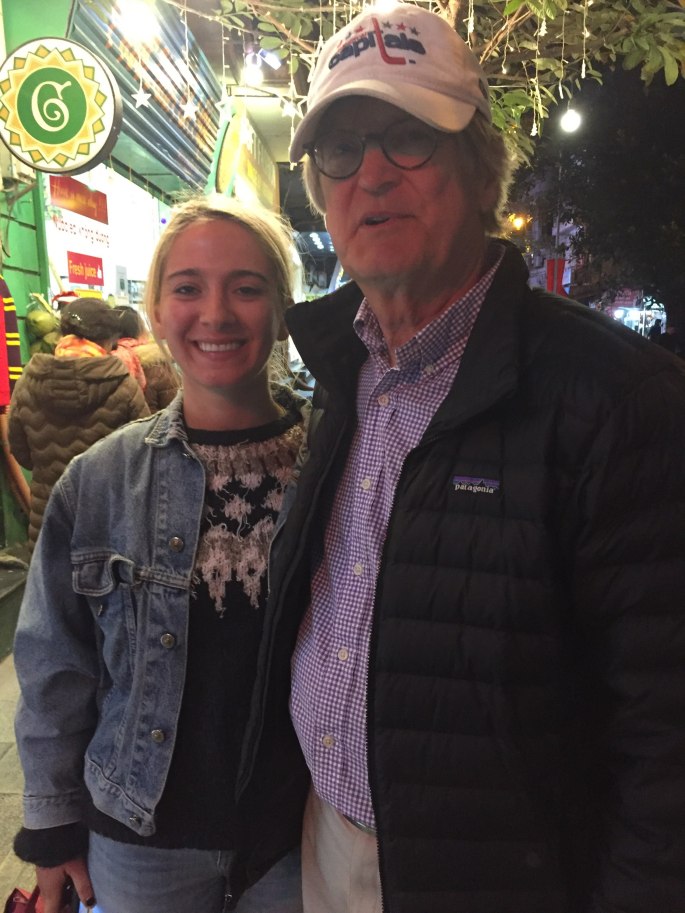 Jim picked up his suit, it looks great on him.

I think Jim is beginning to like to dress well. That would be another characteristic he will have gotten from his grandfather. Dad always dressed well and was never without shined shoes. By the way, it is truly uncanny how much Jim looks like Dad. 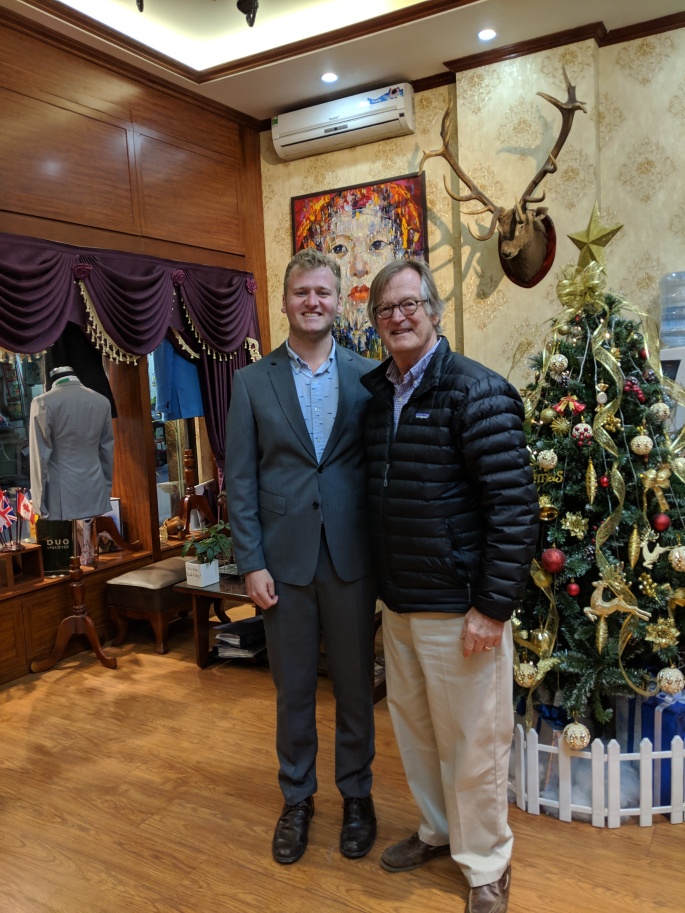 We made it to the airport early. There are so few international flights (in USA we are told to get to the airport three hours ahead) that we were not able to check in until a little less than two hours before the flight.

Made it to Korea. Tina saw a gal from Porter’s getting on another flight. There were also some students from Suffield that Jim recognized. That must have been the prep school special.

Twelve hours to Chicago, that says it all.

One thought on “Last Day In Country”